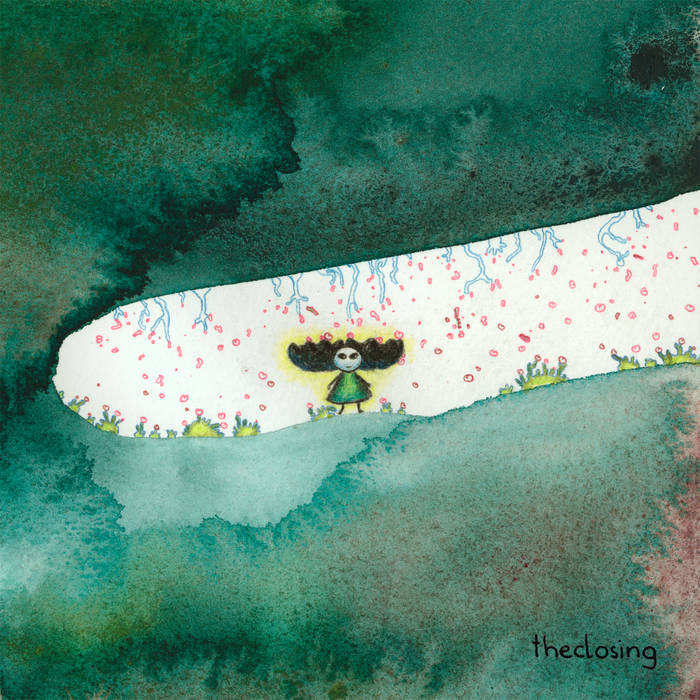 The name of a band can say so much about its sound and the personalities that create it. There's no better example of this than with the Vienna-based group known as theclosing.

"theclosing is written together like that because we are not a "band" and our music is about three very different personalities getting close and communicating through sound. It's more about thing coming together than coming to an end."

So says Alexander Hengl, one of the core members of theclosing alongside fellow musicians/artists Lukas Lehner and Daniela Auer. The three have been working together since 2004 towards the goal of making beguiling and original electronic music that mixes analog and digital sources, including self-made samples, found sounds, and field recordings.

Just as their three personalities and talents combine towards the singular goal of creating music and art that evades easy genre classification, so too has theclosing honed in their efforts to bring to life their self-titled record.

The group's debut release for Portland independent label Circle Into Square, their self-titled record embraces a wide variety of influences. The sputtering pulse of modern hip-hop comes out in tracks like "rrroar"; "nyejreska" takes on slow simmer of a steamy downtempo IDM come on; ambient roots start to show on the pinging album closer "m4".

The songs may come from different parts of the band's collective brain, but they connect perfectly on record. It's even more surprising how well things lock together considering their loose working methods.

"We try to channel the subconscious through mouse clicks," says Hengl. "Playing around with samples, our voices, and instruments; letting things happen 'til there is something. At some points we try to lead things in a certain direction but never too much. As soon as we think too much about it, things get worse."

That kind of theorizing about creation should be familiar to anyone who, like the members of theclosing, went to art school. Hengl, Lehner, and Auer all met while studying at the Academy of Fine Arts in Vienna, and all three work on various art projects outside of the fold of the band, including short film work and computerized visual art.

theclosing's music is visionary and instantly accessible. Anyone with a pulse and a pair of hips can find something to sway about on their self-titled record. The beats are strong and vibrant and dominate the 14 songs found here. This is a record for the head nodders and the deep thinkers alike. Not that the two are mutually exclusive, but there's something for mind and body here. An indescribable and palpable energy that you'll be itching to tap into.

theclosing is a Vienna-based music and art duo that consists of Daniela Palma Caetano Auer and Alexander Hengl. Lukas Lehner / TSI was their third member until 2015. They have been working towards the goal of making beguiling and original electronic music by mixing analog and digital sources that evades easy genre classification since 2004. ... more

Bandcamp Daily  your guide to the world of Bandcamp